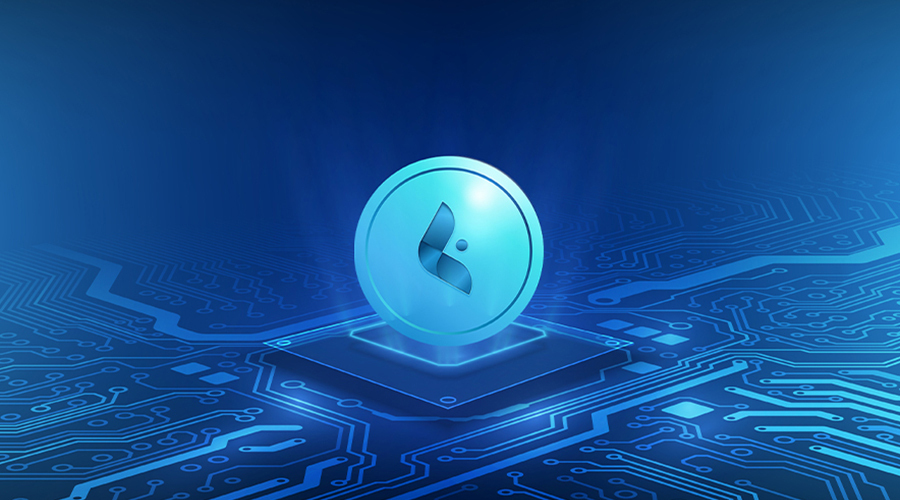 Watch2Earn: everything you need to know about the Edge Video key functionality

Watch2Earn on the EDGE Web3 Video Network is revolutionizing the streaming experience. Despite the success of live video streaming on web 2.0 platforms such as YouTube and Facebook, viewer enjoyment is dramatically curtailed by inopportune video ads.

Into this mix steps Edge Video, revolutionizing the streaming experience with Watch2Earn on the EDGE Web3 Video Network, live streaming content and entertainment through NFTs and blockchain.

Instead of paying for a better ad-free streaming experience on your favorite streaming platform, Edge Video allows viewers to earn risk-free cryptocurrency, the Edge Activity Token $EAT, and simultaneously improve their viewing engagement by 500% when compared to traditional web 2.0 streaming services.

Edge has already partnered with exciting channels such as PokerNight Live, Euro News, Allied Esports, Bloomberg TV, and more to offer a financially rewarding experience for its users while providing ad-free live content.

What is Edge Video’s Watch2Earn Feature?

Edge – through the disruption brought about by blockchain technology with its peer-to-peer feature – promises to revolutionize the streaming experience by rewarding viewers for their attention and platform engagement through Watch2Earn on the EDGE Web3 Video Network. The platform employs the use of web3 technology and a secure, transparent, decentralized system to garner a unique experience for its users. The web3 platform prides itself in being the only site to offer features such as Watch2Earn, Tag2Earn, and Own2Earn.

Edge CEO, Joe Ward describes Edge Video’s integration into the web3 space by explaining that Edge has “upended the Web3 space by creating a modern and decentralized live video streaming platform with easy integration for CDNs.”

Ward further states that Edge is “a video player that scales, incentivizes publishers and streamers, and notifies users when their favorite show or media personality is live — a video player powered by artificial intelligence for a curated experience.”

EDGE Video Token ($EAT) is the currency for the Edge Video platform, providing a win-win situation for the streaming platforms, the marketers, and viewers to solve the problem of sponsored ads. The platform incentivizes users with the $EAT (EDGE Activity Token) for watching the channel and its ads.

How does Edge Video work?

The ultimate goal for Edge is for its viewers to earn its risk-free, cryptocurrency, the Edge Video Token ($EAT), which can be converted to other cryptocurrencies and then to your local currency. Edge uses a decentralized CDN system to distribute content across audience members (its viewers) by using AI to filter personalized content for each viewer.

Watch2Earn is Edge’s main feature. According to Joe Ward, by using this application “viewers will be rewarded in $EATs (EDGE Video Token), the native currency of the platform, and they can buy FaiCE-S (Edge’s NFTs) with $EATs.”

Viewers connect their Metamask e-wallet to EdgeVideo Player, and then depending on their engagement, they earn $EAT rewards. The EdgeVideo Token is easy to earn, viewers can monetize their own watch time by earning them and streaming content, owning NFTs, sharing videos, and tagging personalities. The purpose is for the platform to act as a converging point for web3 technology, by empowering the audience via stamping their own watch time, taking part in the interactive exchange offered by the platform, and earning the Edge Video Token.

EDGE Watch2Earn Platform can instantly be added to any of the 860,000 video streaming sites and apps globally to increase revenue through increased ad consumption and by sharing content. Watch2Earn is supported by the EDGE Web3 Video Network. The most advanced, decentralized network of interactive live streams available in the market.

Edge Video’s use of AI-enabled Tokenized facial recognition is another important feature that the platform offers. Tokenizing the personalities on screen and converting them into Edge’s NFT system called FaiCE-S is essential for Edge, as it helps the site empower the audience and creators simultaneously. FAICE-S represent different personalities who enter the screen view and are immediately detected by the AI software. When these personalities come on screen, the viewer has a right to be paid $EATs, the EdgeVideo Token, after tagging them. Subsequently, the viewer can redeem them using their e-wallets. The higher the profile of the celebrity, the higher the rewards that can be collected. Viewers can also see what they are earning by viewing their wallets in real-time.

Web3 is based on the principle of recirculation of wealth. In the 21st century, all platforms are grounding themselves on profitability, and to them, the entirety of the audience is a large, homogenous consumer. From targeted ads to data shuffling, all corporations are trying to deeply integrate digital marketing within their systems. In this, web3 platforms like Edge Video try to decentralize their networks to formulate a more user-focused environment for their viewers by utilizing advancements in technology.

Edge’s Watch2Earn feature, however, is a little different. It is a key feature enabling viewers to earn by simply streaming content they like.

Similarly, the Tag2Earn feature on Edge enables viewers to tag on-screen personalities and earn each time they come into screen view.

Edge Video’s Own2Earn feature is quite simple. Edge uses AI to convert moments and personalities into NFTs and owning these NFTs can help you earn the Edge Video Token ($EAT).

When viewers watch live streams, they will be able to receive the $EAT Token by engaging with the live videos and employing the Own2earn and Tag2earn principles. The purpose of this feature is to attract more viewers onto a platform that enables them to benefit from their own watch time.

Viewers earn $EAT, which is the EdgeVideo Token and the native currency of the platform. The Edge Video Token is then used to buy FAICE-S as NFTs. Subsequently, these can be converted to other cryptocurrencies through the viewer’s crypto wallet.

Watch2Earn is a blockchain feature, and a reformatory stance towards a truly decentralized system. To better understand the Watch2Earn feature on Edge Video, we can start by comparing it to Play2Earn. Watch2Earn increases ad supported revenue for videos by multiplying the audiences’ watch-time by paying them in $EAT (crypto), and increasing the number of viewers through channel sharing. As more viewers share the content, the value of the $EAT increases.

Play2Earn is a feature that enables players to earn rewards inside video games; these rewards can then be translated to have some utility in the real world. This enables the audience to make money in the real world by investing their time in virtual reality.

One example of Play2Earn is the game, Axie Infinity. The game lets people acquire and breed one-of-a-kind animals. These animals can be adorned with skins and other objects, which adds to their value. Each Axie represents an NFT, and its value can be monitored.

Play2Earn was a revolutionary step brought about by blockchain technology. Watch2Earn, however, takes this revolution one step further. The feature enables the audience to earn by simply watching videos. This is the future of the streaming industry because the feature does not just present the audience with an alternative to a structured job, but also the ability to monetize their free time. The Edge Video platform and watch2earn features enable consumers to market their worth to the consumer market.

To curate an exciting experience for their audience, Edge Video has partnered with exciting channels like Allied Esports, Poker Night Tv, Ski TV, Euro News, and many more.

Allied Esports is an exciting venture. The channel remains at the forefront of esports and has assembled an impressive audience, ranking itself to be one of the largest growing esports companies in the industry. Allied Esports carries a series of brand-name tournaments like Frags, Knockdown, Saturday Night Speedway, and the Legend Series.

Get the most out of the EdgeVideo Token

Wondering how you can get the most out of Edge Video?

When the inevitable transition into the world of web3 brings with it, blockchain technology and a decentralized system, Edge Video, with features like Watch2Earn, will bring a transitory revolution to the world of streaming and help empower its consumers.

Edge Video aims to utilize features like Watch2Earn and help users retain the most out of their streaming experience. The platform aims to raise the consumer’s portfolio and make the audience active members of the community.

PrevPreviousWatch2Earn Platform Goes Live
NextCrypto Airdrops: all you need to know Next

Edge Video, the pioneer of Watch2earn, is excited to announce the launch of gamified TV for Connected TVs in 2023. With interactive second screen capabilities

Freebie TV, the leading provider of streaming entertainment, is proud to announce the deployment of the world’s first Watch2earn app on Amazon Fire TV. This

Watch and Earn on the Edge Video platform: Revolutionize your streaming experience

Watch2Earn on the EDGE Web3 Video Network is revolutionizing the streaming experience by leveraging the power of blockchain technology. The current state of video streaming

WHAT IS EDGE VIDEO?

Edge Video is a revolutionary web3 video network operating under the watch2earn engagement model where users are incentivized for their personal watch time. Edge Video